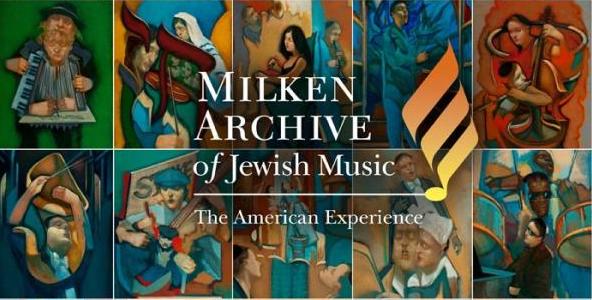 Founded in 1990 by Lowell Milken, chairman and co-founder of the Milken Family Foundation, The Milken Archive of Jewish Music is committed to preserving and presenting music of the American Jewish experience; music that reflects the scope and variety of Jewish life in America, and also demonstrates the universality of the Jewish experience and its relevance to all faiths and backgrounds.

The Milken Archive has grown to encompass 700 recorded works—500 of them world-premiere recordings— more than 800 hours of oral history videos, and a database of approximately 50,000 photographs.  Its new virtual museum website makes this content available to educate and inspire people of all cultures.

The foundation for the Archive was built in the 1980s, when Lowell Milken’s passion for synagogue music and music inspired by the American Jewish experience led him to commission the composer Michael Isaacson and his mentor, the renowned German-born composer and conductor Samuel Adler, to assemble some 14 hours of music under the heading: “The Milken Family Archive of 20th Century American Jewish Music.”

As an academic partner to the archive, the Herb Alpert School of Music at UCLA established the Lowell Milken Fund for American Jewish music. The fund amplifies the prestigious music school's efforts to advance and advocate for the field of American Jewish music by contributing to research, scholarship and programs in the field at the undergraduate, graduate and faculty levels, while presenting concerts and symposia to engage and educate the community.

The historical sweep of the Milken Archive, coupled with the power of the virtual museum to make unexpected connections between different genres and time periods, is of value not only to those within the Jewish community, or with an interest in its affairs. For the music contained within the Archive is not only intrinsically valuable as art; it is also a roadmap of the complex, winding relationship that has evolved between Jews and American society over the past several hundred years, a relationship that has much to teach us all.